Mel Parsons has today released her new album Glass Heart an exquisitely crafted body of work which reveals a darker, fuller side to the singer and songwriter’s acclaimed indie-folk sound.

Written across continents, Parsons started writing the record in Lyttelton, New Zealand in late 2017 and finished the last track in Los Angeles, via writing stints in far flung corners of North America – a cabin in a remote area of Washington State; rural Ohio; various locations throughout the Midwest and the far Eastern reaches of Canada’s maritime province Prince Edward Island.

Back at home, Parsons is touring Glass Heart with her own highly accomplished New Zealand-based band. Her three-date tour, which takes in Meow in Wellington on December 5; The Anthology Lounge in Auckland on December 6 and LAF in Christchurch on December 8, will be the first time Kiwi audiences have heard songs from the album played in a full set alongside well-known favourites. 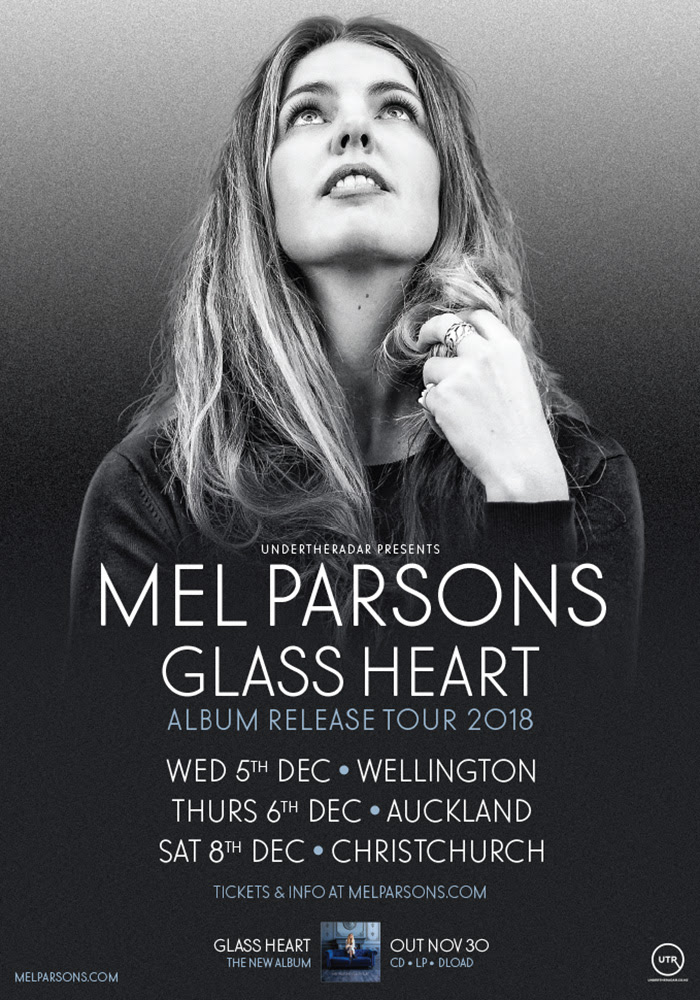