Auckland-based singer-songwriter Kendall Elise has given fans a taste of what’s to come on her upcoming debut album, with the release of her new single ‘The Clock Tower’.

Take a listen to ‘The Clock Tower’ here!

‘The Clock Tower’ is a moving and nostalgic ode to the fragility of relationships, which takes the listener on a journey through the realms of both joy and despair. The song’s strong lyrical message is delivered with Kendall’s unmistakable voice, wrapped up in warmth, set to dark and brooding production.

It was written by Kendall, who also co-produced the track with Alan Meharry (The Broadsides, The Bering Sea), and recorded at Roundhead Studios in Auckland.

“The song was partly inspired by a Nick Cave cover of Neil Young song,” explains Kendall. “I am in awe of the way Neil Young can craft a song so loaded with sentiment and meaning from just three simple chords”

“The Clock Tower references the Papakura Clock Tower which is located in the centre of Papakura Town Square. A silent obelisk that would have borne witness to many meetings since it was first gifted to the city of Papakura,” she adds.

Catch Kendall at the Wine Cellar on Sunday 2nd December! 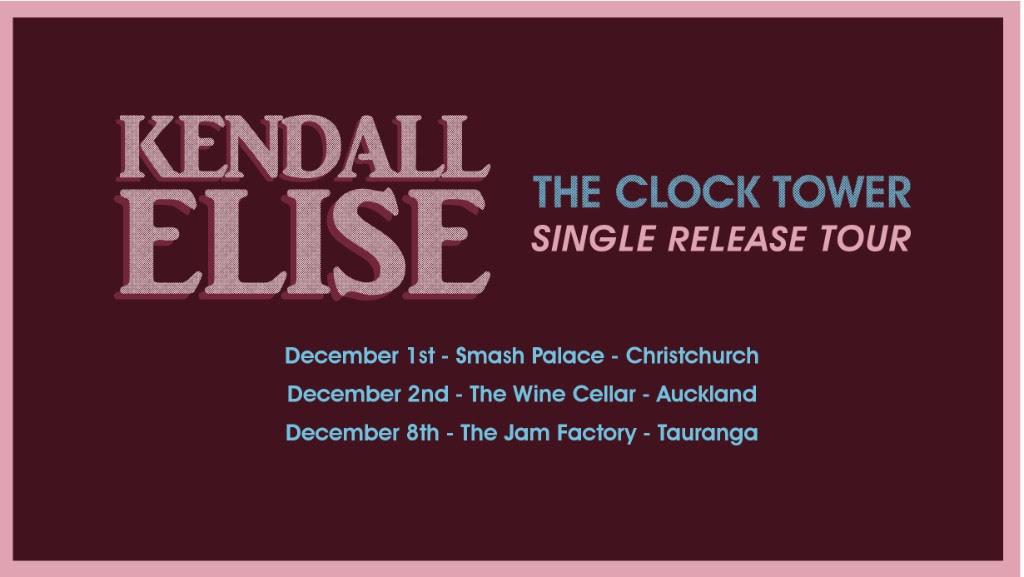