Finn Andrews of The Veils today announces an extensive New Zealand tour in March / April 2019, to celebrate the imminent release of his debut solo album One Piece At A Time.  Andrews will be performing all shows live on piano, and for most is accompanied by live band and strings players. The tour includes festival performances at WOMAD, as well as seven full band shows, and four solo performances. Reb Fountain joins as tour support on all full band dates.

‘One Piece At A Time’ is out March 22 and was recorded entirely live at The Lab in Auckland and engineered and co-produced by Tom Healy (Tiny Ruins). The band includes Andrews on vocals, piano, and guitar; Cass Basil on electric and upright bass; Alex Freer on drums; Healy on guitar; Reb Fountain and Nina Siegler on backing vocals; with sprawling string arrangements by Victoria Kelly.

Andrews has released a performance video for current single, ‘A Shot Through The Heart (Then Down in Flames)’. 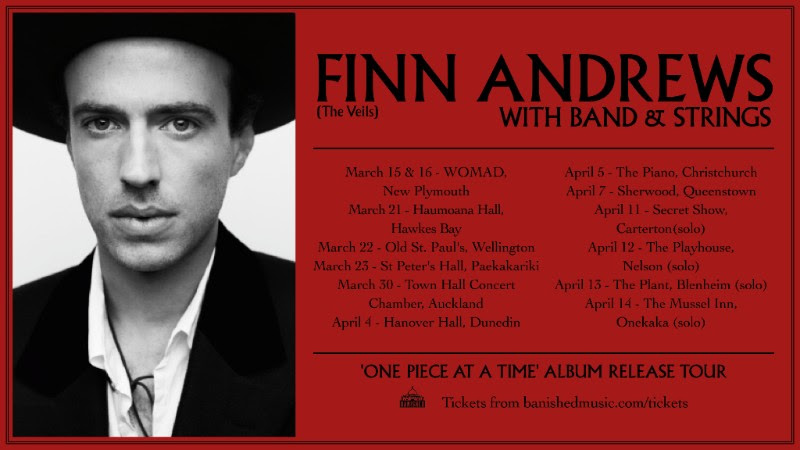